How in the world did I scale my first store from $0 to $1,000 per day in 10 days? (And go on to use this process to start and grow multiple six figure per month stores in record breaking time?)

First, let me be very clear on this… I used money.

“Free methods” are all the rage because let’s face it, that’s what we all want, right? And it’s the gurus’ job to promise the dream and sell what’s “sexy”.

In reality certain free methods work very well, however they all take enormous amounts of time and energy and 99% of people work so hard on it and get discouraged and give up before they ever see a return on that work.

For those of you who aren’t familiar with my story my first big success online came from starting a Digital Marketing Agency.

But as an introvert dealing with clients and sales calls all day wasn’t really a good fit for me.

I began stepping back and eventually closed the business.

Shortly after I saw an ad for ecommerce training, and the idea sounded good so I gave it a shot.

Coming out of my digital marketing agency my resources were slim to say the least. My only source of income was all but dead, my virtual assistants were gone, and I was an absolute beginner to the world of selling physical products.

What I did have was my marketing knowledge, experience, and a credit card.

The first and arguably most important item was finding a product people wanted to buy. Something I learned very quickly was that my opinion doesn’t mean SQUAT.

So I began looking at my competitors and found a little bracelet that was getting a ton of interaction on the ads. Tons of comments, likes, and shares… but it was being marketed ALL WRONG.

9 out of every 10 comments called the bracelet and Angel Wings bracelet, meanwhile the seller was labeling it as a Harry Potter snitch bracelet.

Here’s how I did it…

Let’s start with the store itself:

Next, the Facebook Ads Part 1: (it needs to be noted that the FB ads strategy has changed greatly since then)

Ready to scale, but improvements were needed…

Because this bracelet was selling for a cheap price around $16 and Facebook ads aren’t very cheap my return on ad spend was fairly low.

From my previous advertising experience I already knew that the moment I began attempting to scale the ads Facebook costs would rise and my profit would vaporize.

So my next steps were to increase my average order value:

Here are all the automated email sequences I had setup:

Switching To A 1 Page App:

After the above changes were implemented my average order value was sitting right around $38, my average cost to acquire a customer dropped from $12 to $8 and my profit margins went from 35% to 45%.

These numbers are of course estimates over time, since every day in the life of an ecom store is truly a roller coaster. During my initial scale of the Facebook ads I would lose money one day and quadruple it the next.

My winning strategy was to use many smaller ad sets with a $10-15 budget using the look a like audiences for targeting, and to just duplicate them over and over. 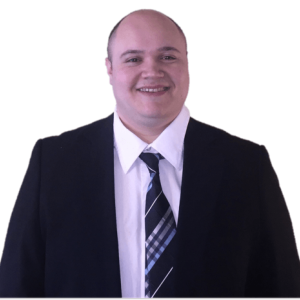 Matt Gartner is the owner of 3 very successful e-commerce stores that focus heavily on dropshipping, automation, and profit ;)
PrevPreviousClickFunnels vs WordPress in 2019
NextThrivecart vs Samcart vs Kartra vs Clickfunnels! Which Shopping Cart Is Best In 2019?Next